Yes, this picture was taken in Singapore!

Everywhere you go in Singapore, you cannot help taking your hat off to their government - Changi Airport is truly the best in the world; so is their MRT, bus service, public housing, etc. The city state seems so wealthy and well-managed. But beyond the awe-inspiring skylines, something is disturbing: Elderly people cleaning the toilets, serving in the food courts, etc. I took this picture while I was enjoying a great meal of crab in the Arab precinct. I also recalled running into a man in tatters eating his meal in one of the viaducts at Nicole Highway. You can’t blame the government though; there will always be some sad cases here and there.

My attention was drawn to a slogan in a full page advertisement in The Star today.


“Your Financial Provider” screams loud and clear below the advertiser MBSB’s corporate logo. The first thought that crossed my mind was: How arrogant! Whose financial provide are you? Certainly not mine!

The self-exaltation advertisement was apparently put up to celebrate its being named one of Forbes Asia’s best 200 small to midsize companies in the region. However, it was thanking its customers for making the company one of the “top” companies in the region! I am not sure if the people in MBSB understand the difference between these two sets of adjectives: “small to midsize” and “top”.


I used to know a little about MBSB during its earlier days. Indeed it was the leading provider of housing loans in the country at one time. It went listing and I cannot remember what happened next; its shares tanked. We lost some good money!


Talking about sloganeering, Firefly is another name that comes straight into my mind.


I am still doing some advisory work for a firm that operates from Singapore. I find it too tiring to commute between Melbourne and Singapore between meetings. I therefore also maintain a small apartment at Subang Saujana. Firefly is obviously the most convenient carrier for me to count on.


It styles itself as “Your Community Airline”. Frankly, I really do not know what it means by that. Which community? The community that lives around Subang Airport? (If so, it is certainly not big enough to sustain the airline!) The community that wants cheap fares? (But the fares aren’t cheap at all! I usually have to pay between MYR300 MYR500 for a one-way journey.)


Besides its bizarre slogan, I also have a few things to say about Firefly.


1.      When you go into its website to purchase tickets on-line, it would ask you to enter your Enrich Number. Do try it to see if it works.


2.      If don’t un-check the insurance and sms offers, you will find yourself “slugged” by these two additional costs.


3.      Try to make a print-out of the e-ticket it sends to you. The IT personnel there either have not attempted to do one themselves, or they are still groping to do a proper job.


4.      At the airport, you need to fork out “penalty” charges if you want to board an earlier flight, even though it might be half empty. (Common sense would dictate that you fill up these unsold seats first, wouldn’t this is be so in Business Course 101?)


Otherwise, the aircraft are reasonable comfortable and punctual.


Many love sloganeering. This is the latest from the British Airways: To Fly. To Serve. Isn’t the first part superfluous? (Or it stays in the tarmac most of the time? And you believe the second part???
Posted by Yu-Book LIM at 12:52 PM No comments: 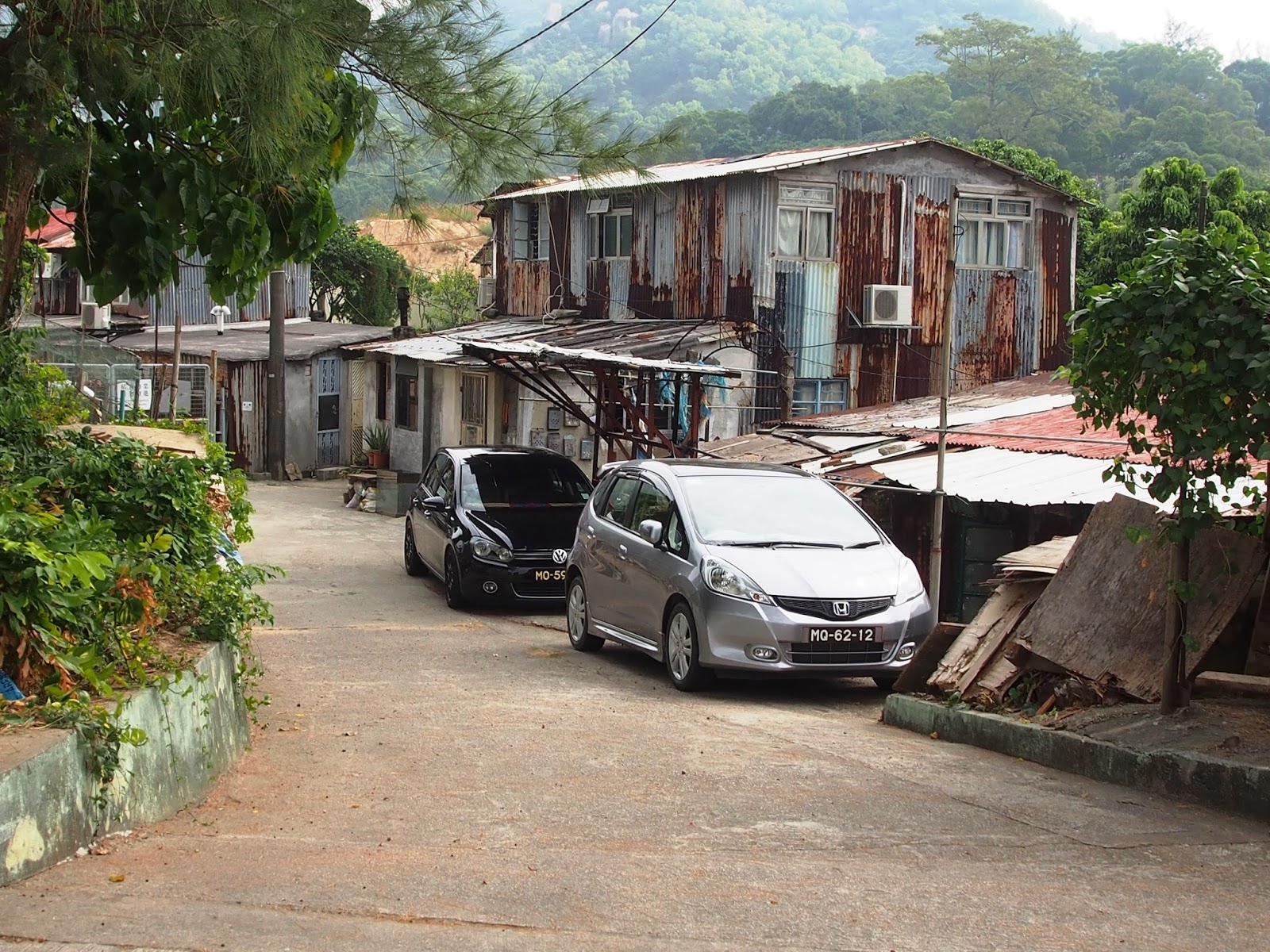 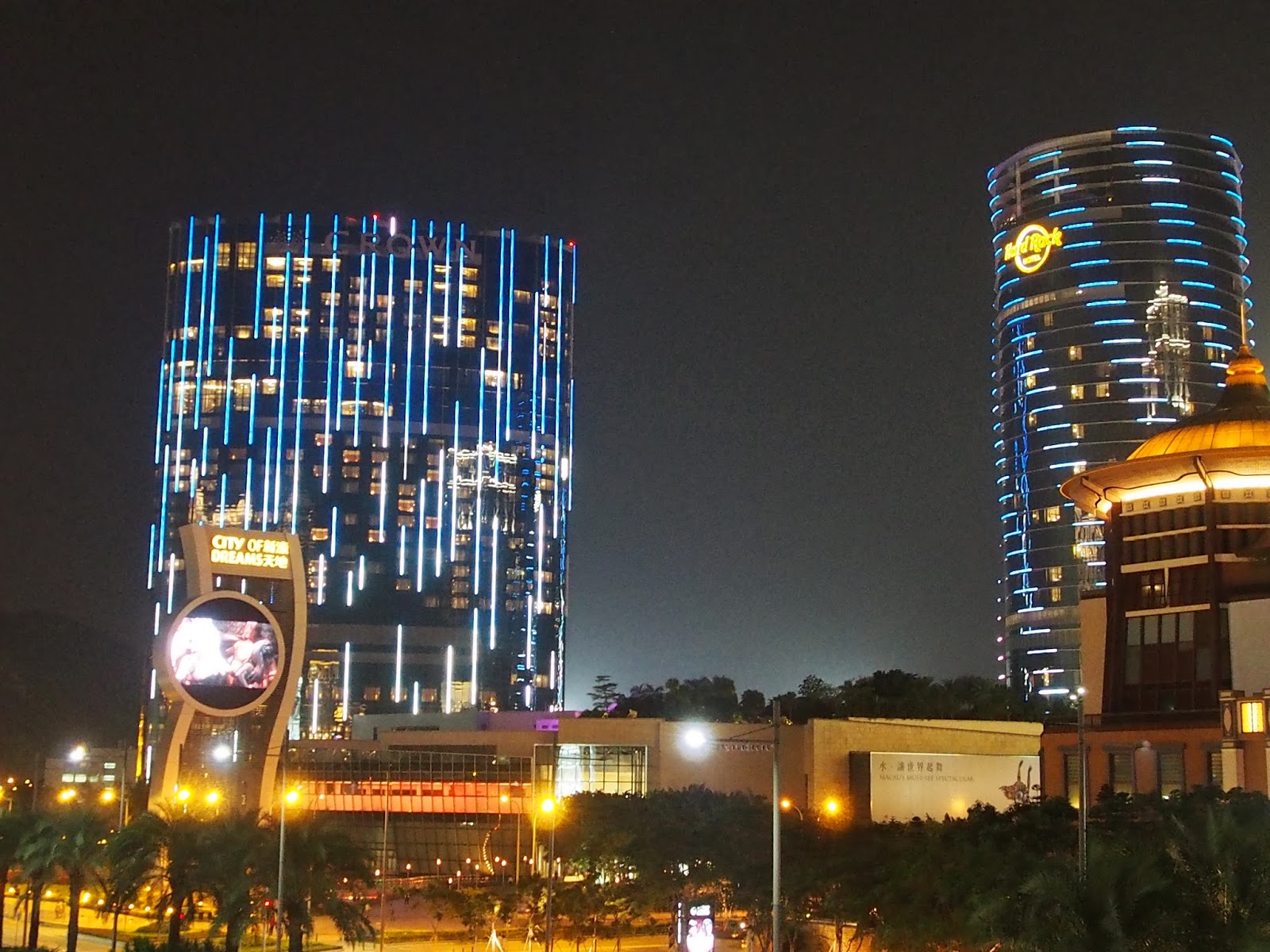 Macau had never been on my radar until my wife and I decided to “kill” our frequent flyer points with Singapore Airlines.

The ferry service from Hong Kong Airport to Macau was so-so, the only worth-mentioning thing was the usual Hong Kong efficiency. We didn’t even have to go through immigration and the hassle of personal baggage handling when we boarded the ferry to Macau. The ferry terminal at Macau was also so-so.


But Central Cotai (apparently short for Coloane-Taipa Island) is a totally different world. The hotels are luxurious. All the world’s brand names are there. And it is restaurants, restaurants everywhere! I reckon 85% of the guests are Chinese mainlanders. Notwithstanding, the entire dream city looks and smells clean, even the toilets! (I am not being mean to Chinese mainlanders; many of them have yet to learn the ABCs of social etiquette!)


There are a few things we can learn in Macau. The two pictures above – one taken in rural Macau and the other, at Cotai - speak volumes of the territory’s ability to sustain between the two extremes. And two: the level of public hygiene is second to few. Even the trays and cutlery in the food courts are dry and clean, something you don’t even see in Singapore!

"Looking up to Whites" Mindset

I have accumulated some frequent flyer points with Singapore Airlines over the years. Singapore Airlines has the policy of deducting your points every year – if you don’t use them. My wife and I decided to use these points to visit Macau, which we had never been before, even though it is just a ferry away from Hong Kong. We flew through Hong Kong.


Something quite “un-Hong Kong” happened when we were about to board our flight at the Hong Kong airport, which prompted me to write this feedback to Singapore Airlines:


“My wife and I were on this flight from Hong Kong to Singapore on 4 November 2014. When we were about to board the aircraft at Gate 19, we experienced something that was very bizarre.


This "looking up to the whites" mentally is most unbecoming and indeed disgraceful for a person of his age and colour. I do know that this particular officer is not a member of your staff, however, I urge you to help eliminate this discriminatory mind-set, since he was acting on your behalf at the material time.”
Posted by Yu-Book LIM at 12:06 PM No comments: