I have heard of Professor Wang Gungwu for a long time; I even had the opportunity to speak with him on a few occasions when we were both guests in some functions. However, it was not until April this year that I had the opportunity to pose a picture with him when he was speaking in a function at the National University of Singapore. He spoke for more than an hour on ASEAN. It was so insightful that even two University of Pennsylvania academics that I invited along were totally mesmerized. He literally dished out tons of facts and figures without the need for any notes! And look at the picture; Professor Wang is already 86 years old. 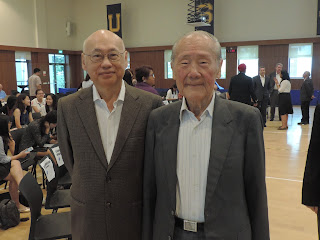 Professor Wang is so renowned that it would be superfluous for me to say anything about his background. But I do take pride in the fact that he was once a professor at the University of Malaya, which is where I did my Bachelor in Engineering. 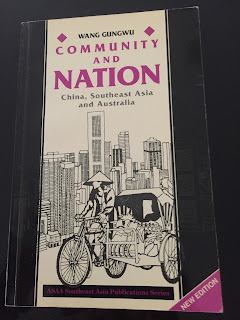 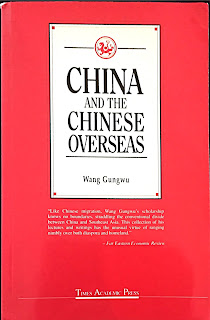 When I was languishing in Singapore’s Tan Tock Seng Hospital following an injury caused to my left foot by a reckless cab driver while I was crossing the road during a morning walk with my wife, a thoughtful friend Professor S Gopinathan brought Wang Gungwu’s Community and Nation for me to pass time. That was the first time I understood the depth of Wang Gungwu’s scholarship. He was part-author, part-editor in this book. Before reading this work of his, I thought I knew a great deal about the history of Chinese overseas.

How little I knew!

I recently stumbled upon another book by Wang Gungwu: China and the Chinese Overseas. I could hardly put it down!